Shops Plus, ABT Associates, USAID

ABT Associates’ Shops Plus India Project, funded by USAID, promotes the adoption of safer sexual practices and using modern contraception to avoid unintended pregnancies. We partnered with them to help Condom Alliance, consortium of leading condom manufacturers in the country,

‍to increase the adoption and usage of condoms amongst the peri-urban youth in India. ‍

‍
The use of condoms has decreased among the younger age groups while the unmet need for contraception remains high. Those who do use contraception use emergency pills (ECPs) instead- especially new-to-sex youth who are desperately seeking an inconspicuous purchase and usage experience.

We conducted an in-depth study of the youth’s sexual journey and the behaviours, barriers and enablers at key points of decision-making along that journey, to identify micro problem-opportunity areas that then led us to

‍over 200 innovative solutions - 10 of which were tested, iterated and recommended for a pilot test.

Shops Plus, ABT Associates, USAID

During our research and synthesis, we broke down the sexual journey into detailed steps to get a deep understanding of the factors that influenced behaviours Before, During and After the event.

And set our sights on the During part of the event

How might we equip youth with condoms before sex?

Based on the evidence gathered, we zoomed-in to focus on a specific part of the user’s journey during the event – Procurement, storage and discard of condoms. Not only does the condom have to be purchased before the act unlike the pill, it’s also plagued with complicated choice architecture for a 1st timer, making its purchase journey a highly conspicuous one - riddled with costly mistakes, even for those highly motivated to get one.

We micro-analysed this phase of the journey to define sharper behaviours to design for. This led us to about 31 sharply-defined problem statements. 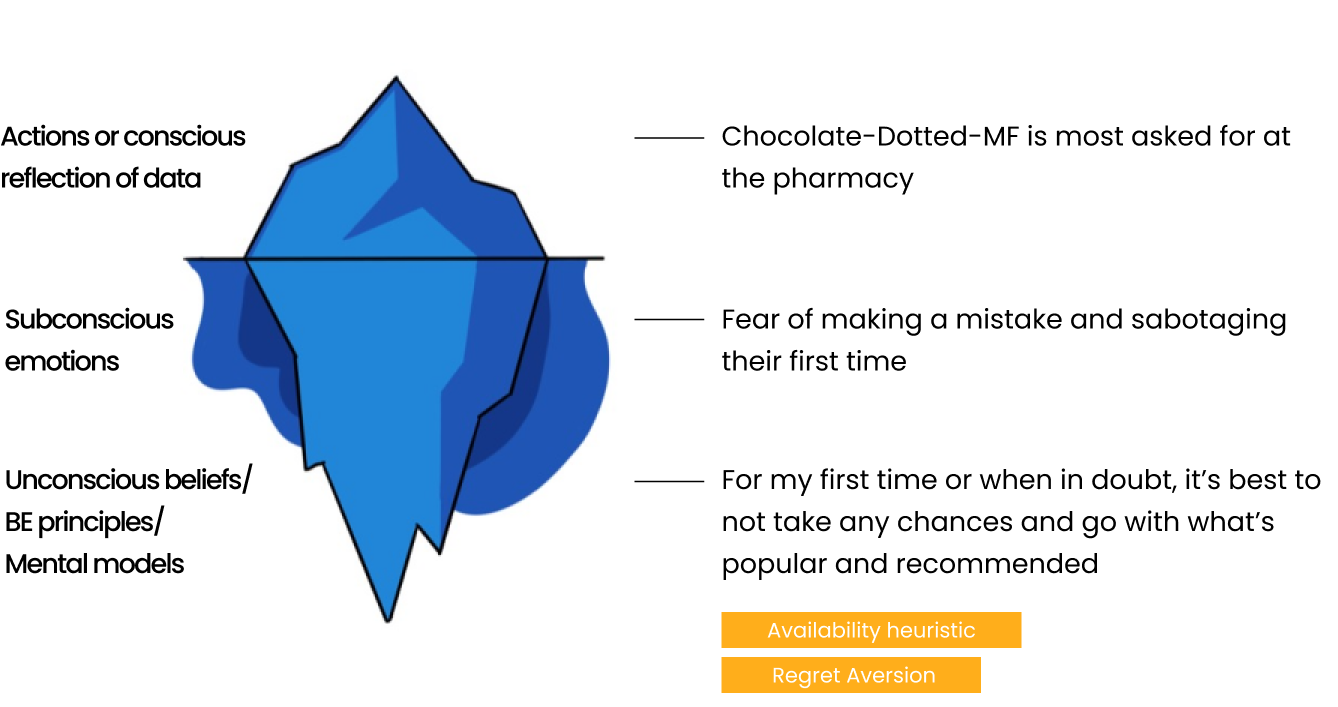 How might we make it easier for a nervous 1st timer- eager to get out of the store pronto, to choose the right condom rather than fancy ones that can ruin her/his first time?

The Condom Code- Which condom should you buy?

A simplified, codified sheet for people to better understand what condom to choose as per the stage of their intimacy - focusing on texture before flavour.

Decision Staging / Choice Architecture: Getting users to pick the critical factor - texture first, then flavour and then whether or not they need the numbing Benzocaine oil.

Countering Ambiguity Aversion + Availability Heuristic + Choice Overload: People tend to ask for only what they know or have heard - Chocolate + Dotted + Brand Name (if at all).

Countering Defaults: People are given the most popular selling condom in that store by default, which may not be best for them.

Anchoring Effect: What type or brand they use the first time determines what their perception of a condom is. We have to get it right.

A vanity kit with condoms pre-selected as default, that will be given to all OYO residents along with the key at the reception. Making it a norm for all residents, there will be no record of who has asked for/received a condom in the kit and who hasn’t.

Default / Nudge: Keeping the default option in the vanity kit that of having a condom in it.

Social Norm: Just the presence of the condom as an option signals that this is expected and accepted behaviour between 2 consenting adults.

Loss Aversion: The pain of losing an opportunity to have sex because they don’t have a condom is far higher than the gain of hoping to have sex without a condom.

The 3-piece Chewing Gum Condom Decoy Pack for boys and girls, with simplified choice architecture focusing on texture (1, 2, 3) before flavour:

Defaults: Making Extra Thin the default instead of Dotted/Ribbed (the current default)

Certainty-Possibility Effect: Eliminating all chances of anyone finding out what is being purchased. Looks more like a chewing gum pack than anything else.

Decoy condoms for girls to find it easy to ask for, even in a crowded pharmacy, with simplified choice architecture focusing on texture (1, 2, 3) before flavour:

Certainty-Possibility Effect: Eliminating all chances of anyone finding out what is being bought and stored. Looks more like a sanitary pad than anything else.

Regret Aversion: The hindsight fear of not having taken a condom into the room themselves could motivate women to purchase an easily available and storable option. 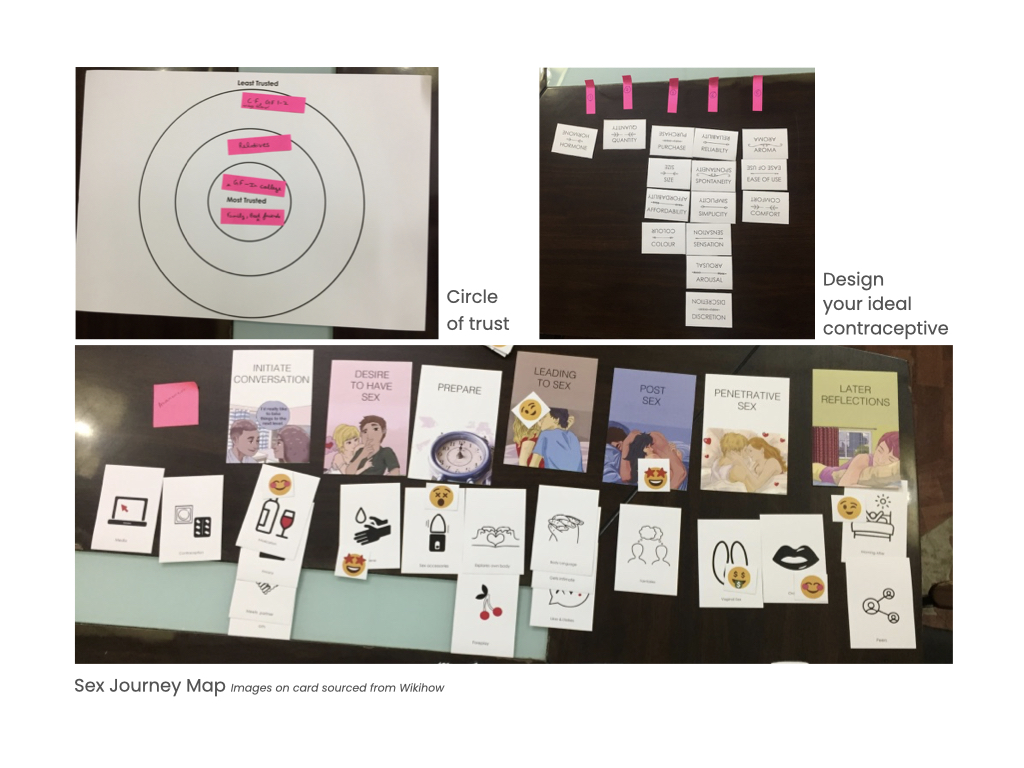 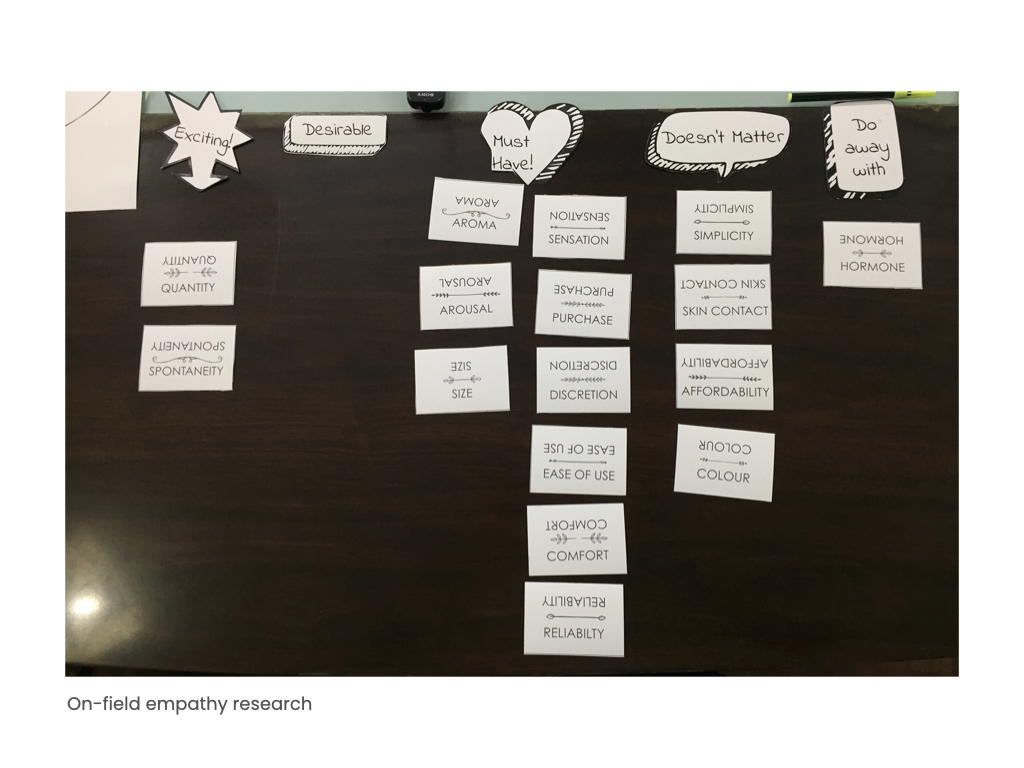 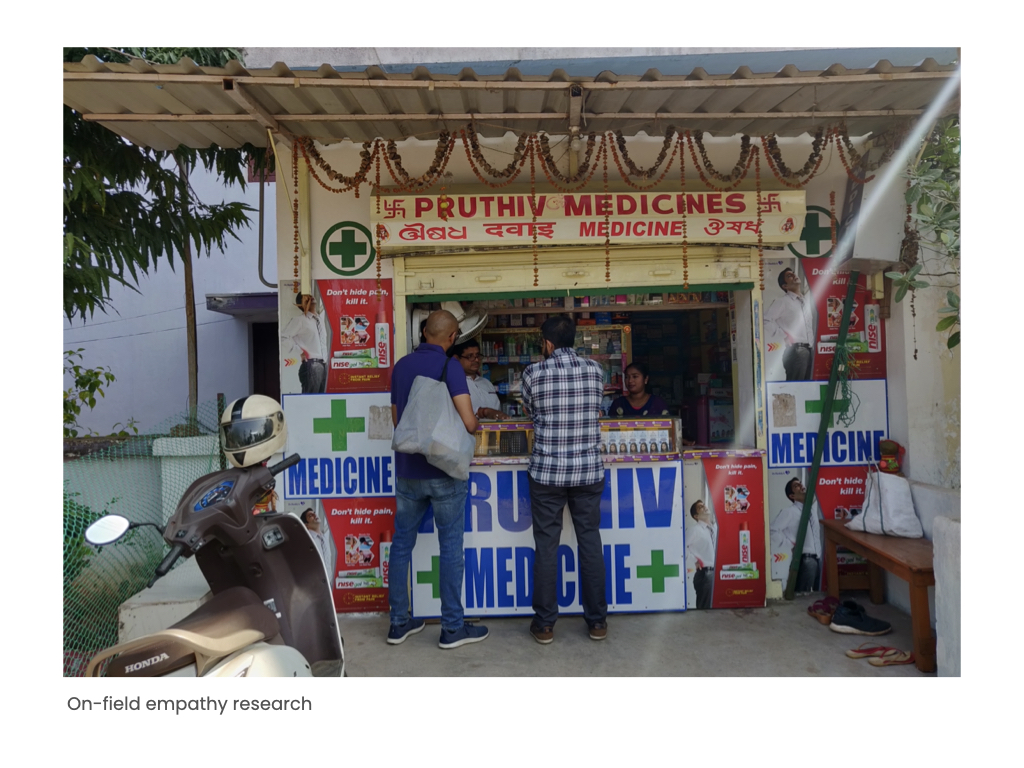 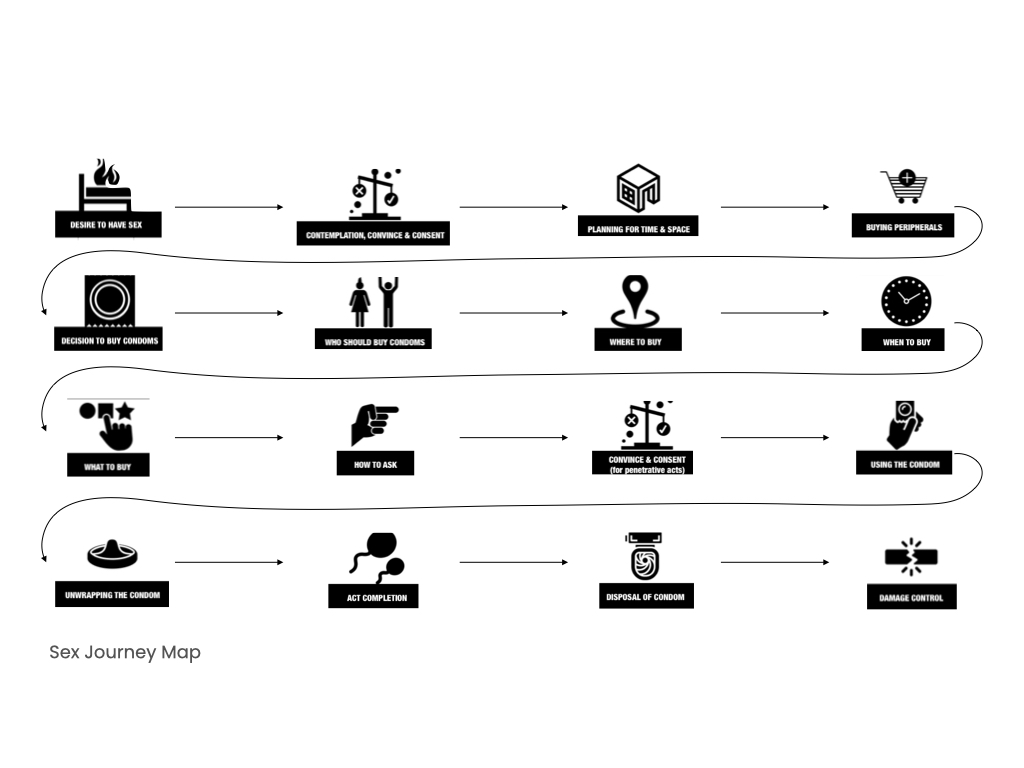 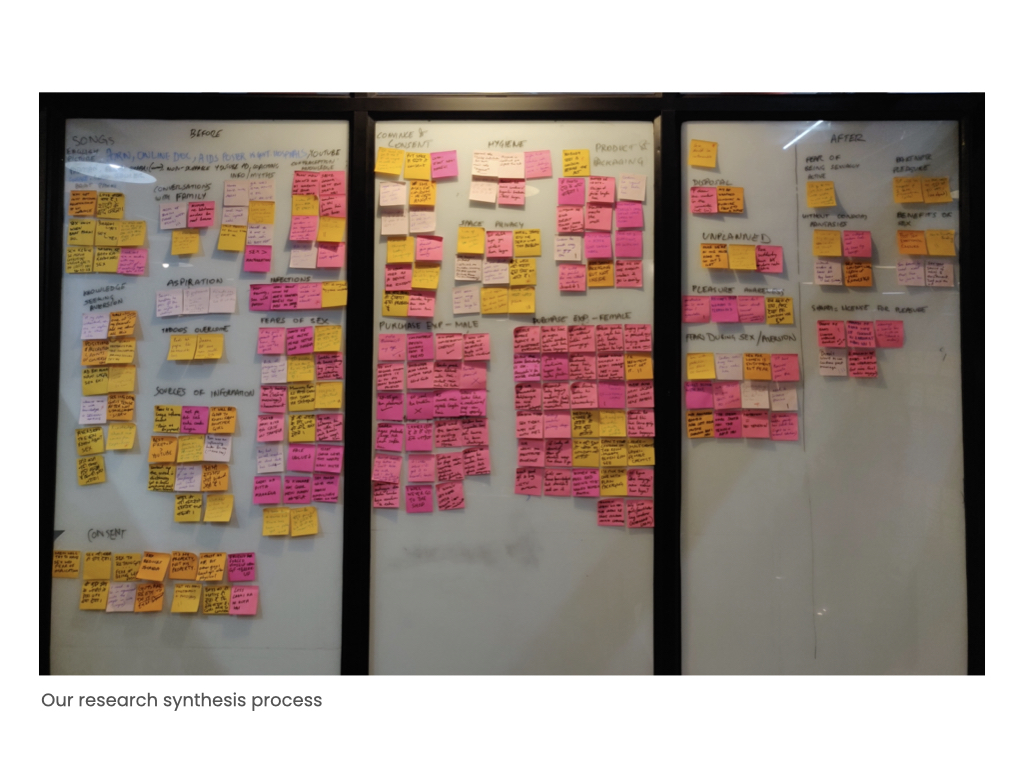 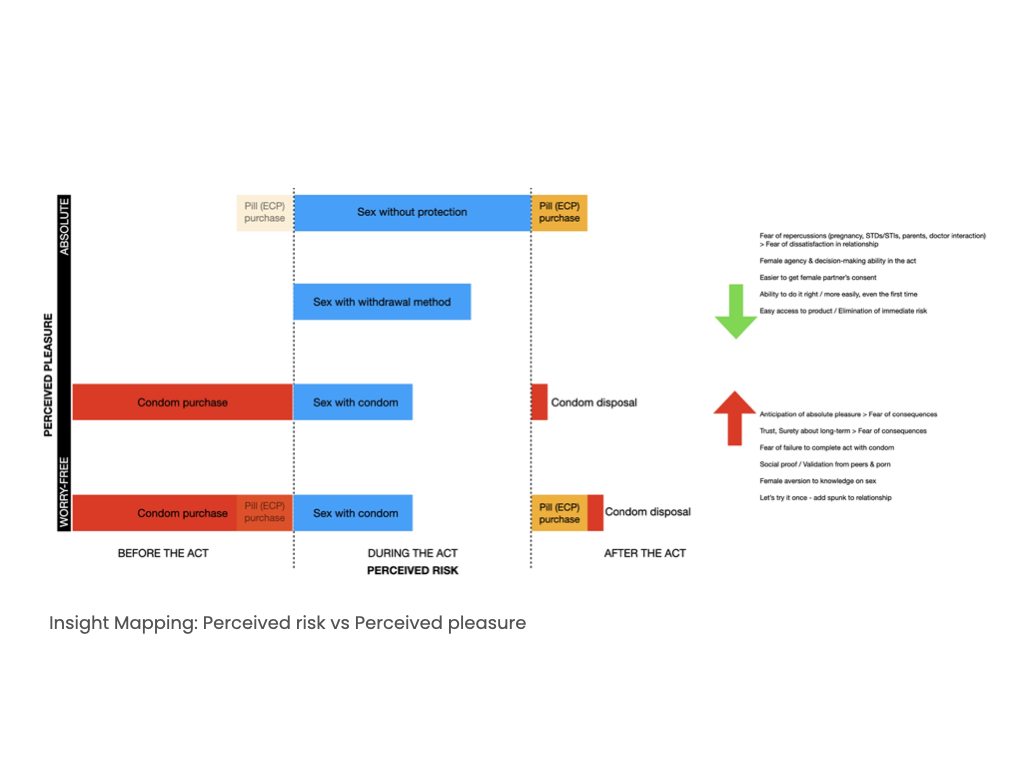 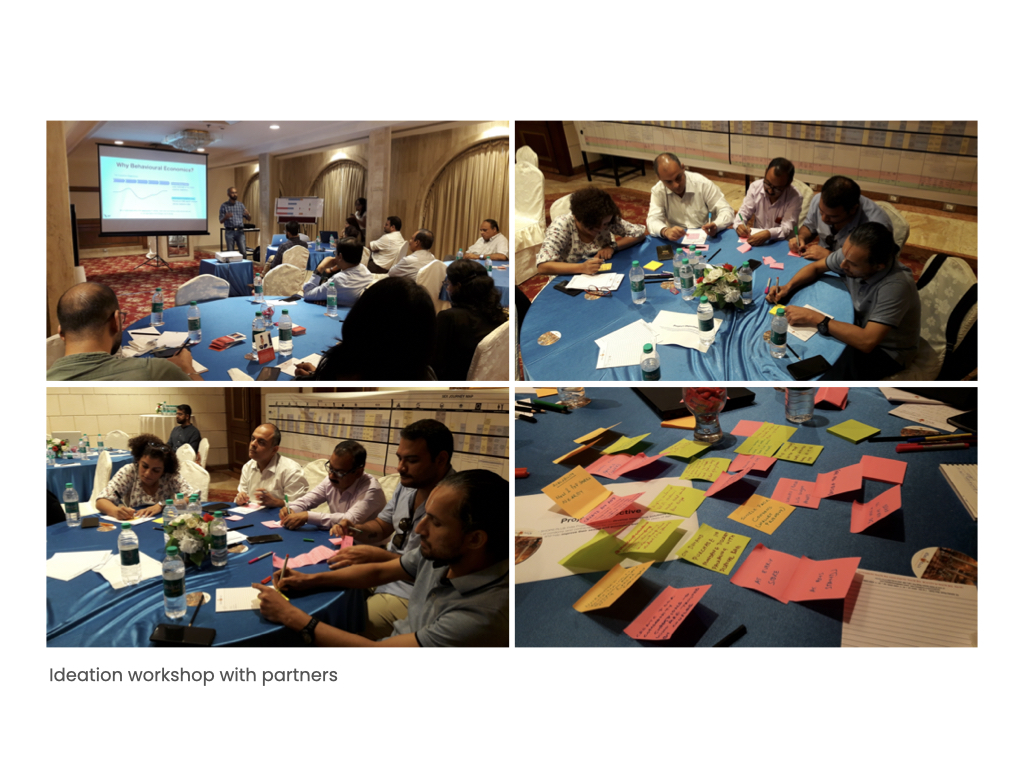 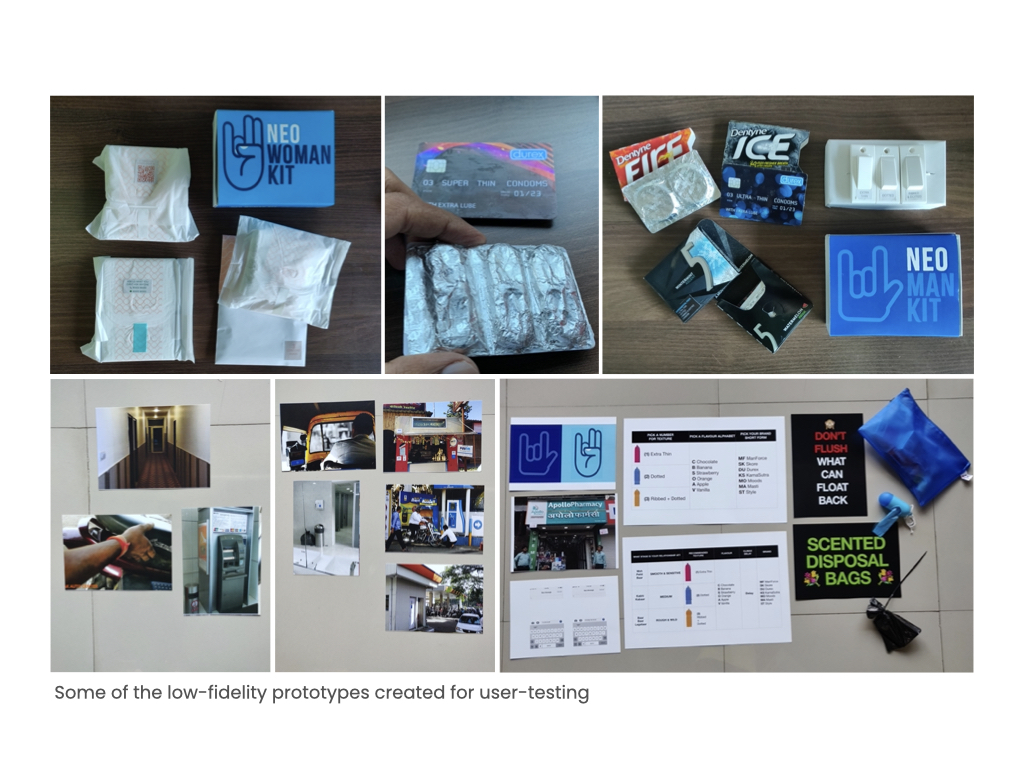 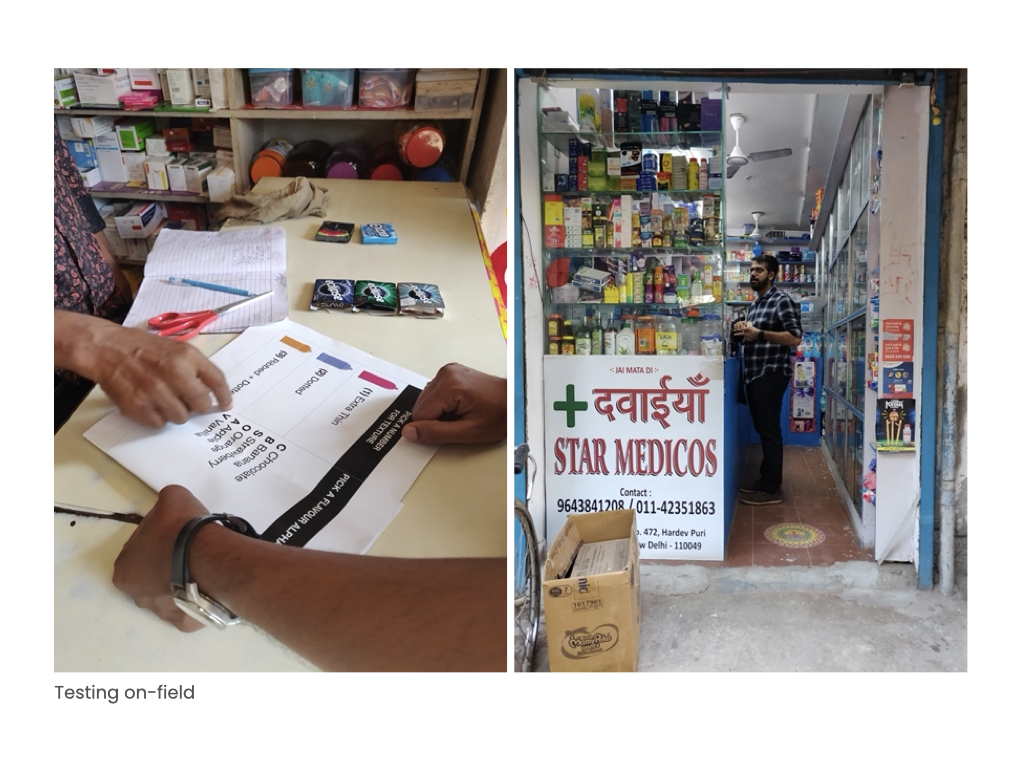 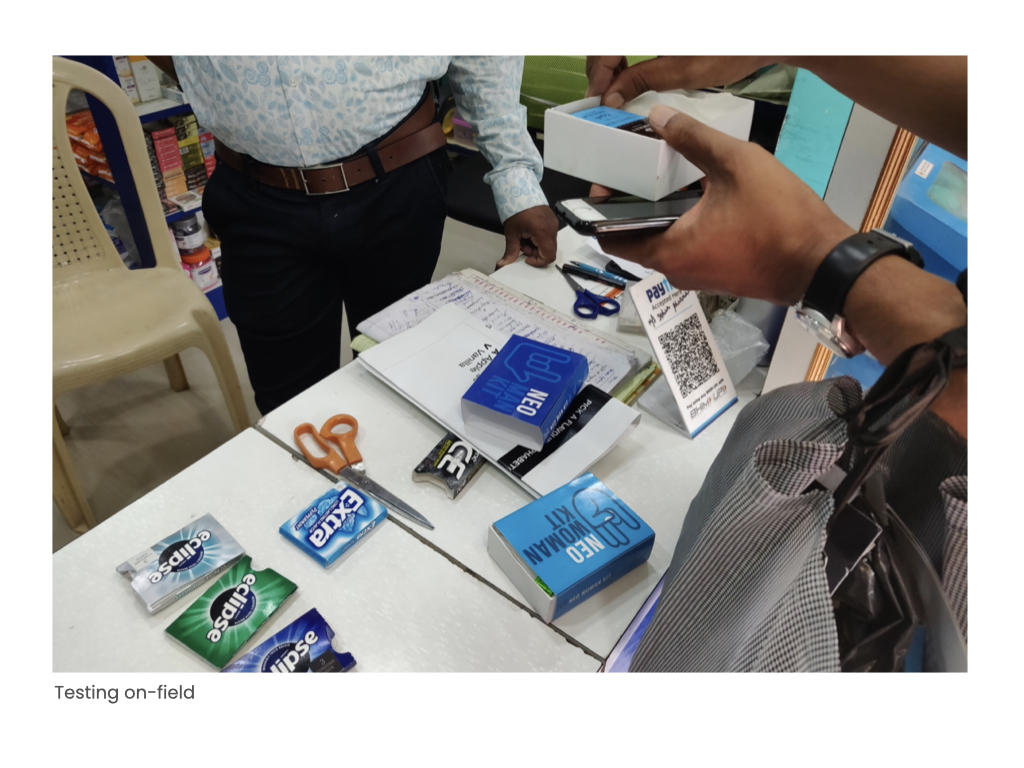 No items found.
back to projects